Katie & Darren Say “I Do” At Our Essex Wedding Venue 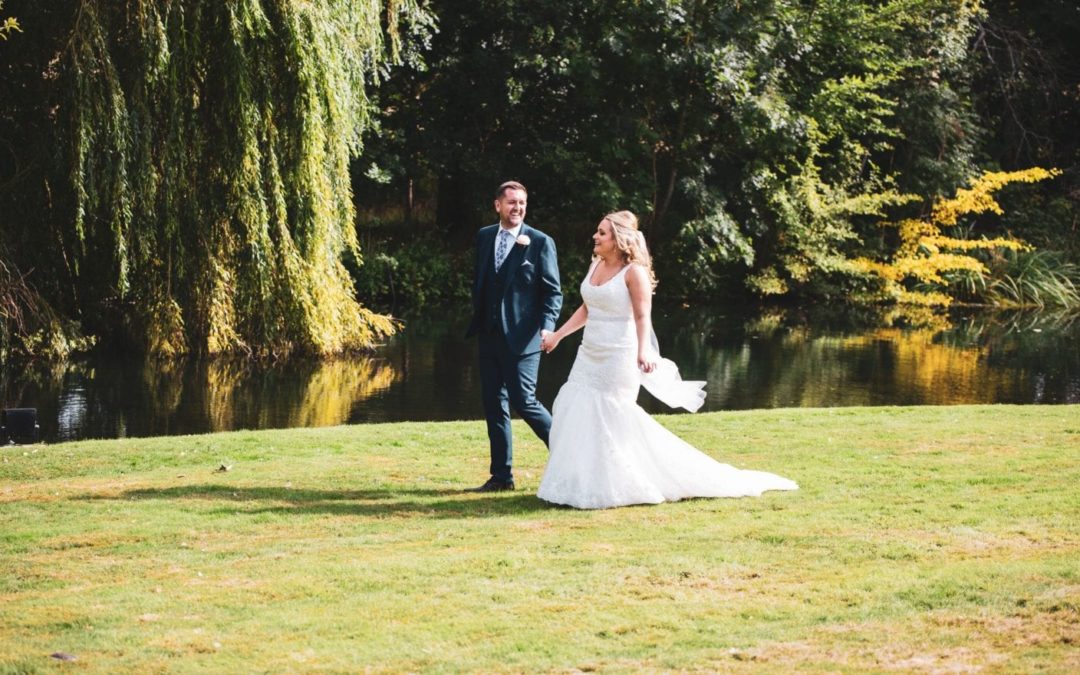 Katie and Darren are our latest couple to feature in our real wedding series and we couldn’t wait to share their big day with you. This happy couple met 8 years ago on Match.com, as Katie says, “before it was ‘the norm’ to meet people online, before the days of swiping right, so we actually told people we met through mutual friends.” Katie remembers thinking instantly on their first date that Darren would fit right in around the Christmas dinner table with her family and Darren himself couldn’t believe how much they had in common. It’s fair to say they hit it off instantly. So without further delay, let’s take a look at their sensational day right here at That Amazing Place, our beautiful Essex wedding venue. 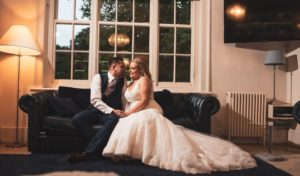 There were a number of reasons that Katie and Darren chose That Amazing Place, one aspect was that it was the “perfect blend of old and new.” They were huge fans of the décor, even going so far as to say that they’d decorate their own home like it. Katie said, “we loved the grounds and felt like the inside and outside ceremony options were bothlovely. At some venues we felt like you were pushed outside and the inside option was rubbish. The fact that it had bedrooms onsite was an awesome bonus too.”

Katie and Darren had high standards from the start, Katie even claimed to be, “one of those people who never enjoyed her own party but I have to say that WE LOVED OUR WEDDING! From the outset, Angie was a total rockstar;add Lizzie from Magpie into that mix and you have the perfect combo. Nothing was ever too much trouble, they both had great ideas and answered emails late and even on weekends.”

On the day itself, the happy couple described it as “perfect” which coming from Katie, was huge. “I’m a Virgo and work in the business; let me tell you again it was perfect and I wouldn’t change a thing. Angie even had my back with my overzealous bridesmaids who were trying to convince me to have the ceremony inside.” 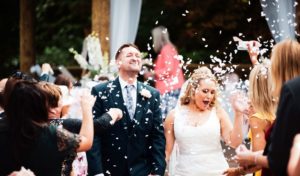 When it came to the theme, there wasn’t a distinctive theme itself but there was a definite idea of how they wanted it to look. They wanted something romantic yet stylish. It was also important that a relaxed atmosphere was created. They wanted to avoid anything too formal or too stuffy. It was important for their guests to simply have fun and celebrate their union with them.While their guest list could have run away with them, our wedding venue itself made them keep numbers down which actually helped create the intimate, informal setting they wanted. It also meant their family and friends integrated throughout the entire day, just what they wanted.

With regards to entertainment, they enjoyed the west end singing waiters posing as servers all day, until they surprised guests after their meal by bursting into song. This was one of the best decisions they made about their day, Katie also thinks she, “deserves a medal for keeping it secret for a year”. In the evening, they had the fabulous Piano DJ. They submitted a song list of some of the songs they wanted to play but they also found Piano DJ read the crowd on the night and “played tune after tune. The dance floor was full all night. We highly recommend both companies.” 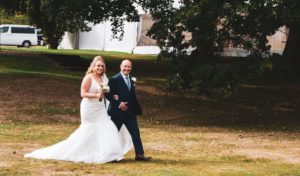 Stock florist provided the flowers on the day. Katie had very specificideas of what she wanted and they, “knocked it out of the park. My favourite flowers were peonies,which were out of season so they suggested having David Austen roses,which were a beautiful alternative. Along with the David Austen roses, I had avalanche roses as well as amnesia roses and eucalyptus in my bouquet. The flowers looked glamorous and classy.” The beautiful couple especially loved the table centrepiecesand large urns that stood either side of theaisle.

Katie’s dress was from David Bridal in Stratfordand was created by a designer called Zac Posen. Katie’s stunning veil was added at the last minute, around a week before the wedding, much to Katie’s delight and may we add she looked stunning. It finished off her look beautifully.

The catering was covered by Magpie Catering; one of our Essex wedding venue recommended suppliers. Katie and Darren chose 10 canapésduring the drinks reception instead of a starter. Their meal was a traditional roast dinner followed by a trio of desserts. All food was served with an espresso martini or long island iced tea. They were particularly pleased with the waiting staff, “the waiting staff were brilliant – we were especially happy that we were handed a glass of prosecco instantly as we walked back down the aisle. In all seriousness it’s hard to cater for a large number of people but Lizzie did it. The food was perfectly executed, delicious and the waiting staff were super efficient. In the evening, we opted for cheeseburgers andchips instead of a traditional buffet and our guests loved it.” 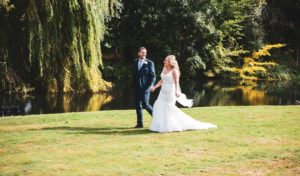 For Darren, the special moment was the ceremony itself. When Katie saw Darren’s face, she “nearly lost it. Seeing him looking back at me from the top of the aisle, after trying to channel my inner Zenall morning, specifically telling my bridesmaids to not act excited or get emotional around me.”

Katie really enjoyed the walk too, with her Dad but, “the best bit was the west end waiters during the wedding breakfast.”

From all of us here at That Amazing Place, we wish the happy couple every happiness and hope to see them again soon for an anniversary celebration…or two! For more information about our Essex wedding venue, simply contact us today!