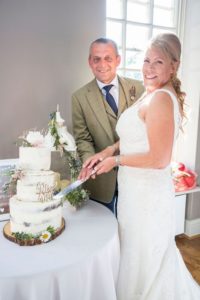 If we asked you to name the most memorable wedding of 2018, what would you say? Harry and Megan’s perhaps? Well, here at That Amazing Place, we have a wedding that stole the show. Marrying on the same day as our favourite red headed prince himself, we introduce Nick and Elli Gunn. Nick and Elli had been together 8 years before they got married, after having met through a mutual love of photography and German shorthaired pointers. Here’s their big day at our countryside wedding venue.

Choosing a wedding venue for some can feel like a mammoth task. The trips to and from different venues, some miles away and others at the most inconvenient of times – just so you can fit it in. For Nick and Elli however, it was a different story. Nick explained, “being a wedding photographer for the last 8 years means I’ve seen many of the venues in and around Essex but I’d never worked at That Amazing Place. It felt so clean and gave that feeling of being in someone’s home.” Nick and Elli chose to get married in the garden and despite the nuptials of a certain prince and his American princess, stole the show, “Our wedding was the same day as the wedding of Megan and Harry but obviously, our wedding was much better ha ha.” 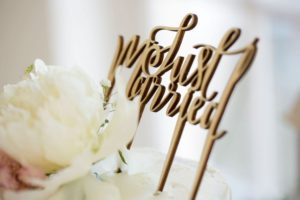 In terms of theme and flowers, it was kept very country and very natural. Being a wedding photographer certainly had its benefits and allowed the couple to step away from things they’d seen done time and again, “we wanted to try some things different to what we’d seen on a regular basis. For our flowers we opted for a natural country garden flower with that just picked look.” Nick and Elli also enjoyed our resident DJ along with a pianist who entertained their guests all day long. 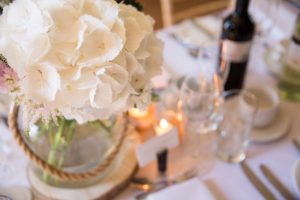 The couple both looked nothing short of exquisite on the day thanks to their fabulous sense of style. Elli, Nick’s fellow photographer bride wore a Demetrios dress from a bridal shop in Ongar, Essex while Nick himself opted for made-to-measure country clothing from Butlers Stewart, complemented perfectly by handmade boots by Filli Fabbri, an Italian riding boot manufacturer, very appropriate indeed as the couple also share a love of all things equestrian. 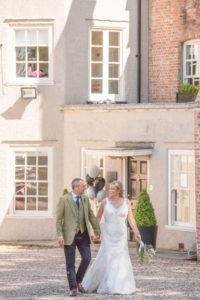 Nick and Elli’s magical moment came when they both walked across the lawn, down to the lake and gazebo toward the aisle. Nick said, “as we approached the red carpet, I pointed out to Elli that all of our friends and family were there. Then all of a sudden, they all started clapping together.”

From that magical moment, the happiness continued and the beautiful couple became husband and wife. While the pair are both happier behind the camera, rather than in front of it, we think it’s safe to say the photos, taken by the talented Steve Hobart are nothing short of amazing. Here’s to the happy couple, we wish them many years of happiness together and hope to see them once again, only this time to celebrate an anniversary or two.